This information is still floating around the internet about instructor: Raul Ramirez

Raul has devoted a great deal of his life to the combat arts. From Bangau Putih Silat training in Bali, Indonesia to Sanda and Shuai Jiao training In Beijing, China. Catch Wrestling, Sumo Wrestling, Brazilian Jujitsu and Muay Thai to round out his sport fighting skills. From Qi Gong, Xing Yi Quan and Yue Jia Quan to Yin Yang Palm and Liu He Ba Fa for his internal energy training. Raul's expertise is as diverse as it is deep.

Settling into Sanda and Shuai Jiao, he has risen to the top the national Sanda arena, winning the National Championships in 2003 and 2003.

But his passion for the sport fighting shows most when he is teaching: enthusiasm, motivation and a drive to bring out the best in his students. 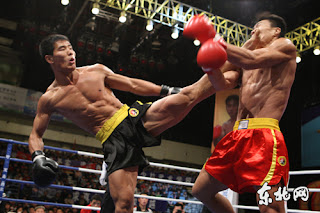