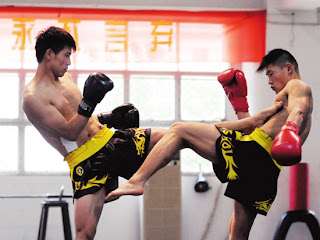 June 11th, 2011 is the date set for the next meeting of Chinese Sanda fighters and Thai Muay Thai fighters.

The difference now, is that both sides are really going for KO finishes.  China has included a fighter that holds the record for fastest KO.

In my opinion, China should not worry about KO's.  Humiliation should be their aim, and if they get a KO in the process that will be an added bonus.

Humiliation as in the fight, Liu Hai Long vs Robert Kaenorrasing: